Tom McCarthy, the famous Uillean piper, was born in Doon, Ballybunion in 1799. It is said that he would wander the cliffs of Doon listening to the sounds of the wildlife around him, and on the following day emulate them with the pipes. The piper's favourite place for playing was on the old Castle Green, and this was possible only because the local Parish Priest of the time took on the landlord in court so that Tom and other locals and visitors had access to the castle and its vicinity.

Over the  years, Tom played his Uillean pipes to all who came within earshot of his music, and thus his fame was spread far and wide. No-one knows who taught him how to play the pipes, but it is widely accepted that Tom started off as a war piper and graduated to the Uillean Pipes. He died on the 3rd of August 1904 at the age of 105, after a short illness brought on by a common cold.

Shortly after his death, Tom's pipes were sold to a man named O'Sullivan from Ballyheige, and he brought the pipes from Ballybunion back to his own home. According to legend, that night the pipes played of their own accord, and the experience frightened O'Sullivan so much that he bundled the pipes into a bag and returned them immediately, exclaiming that he would not have them in his house for any money.

The pipes then found their way to England, but a family member of Tom's discovered them and brought them back to Ireland with the intention of having them restored. This never happened however. McCarthy’s Pipes simply 'vanished', fuelling speculation that Tom McCarthy himself might have come back to the land of the living to retrieve his beloved pipes! 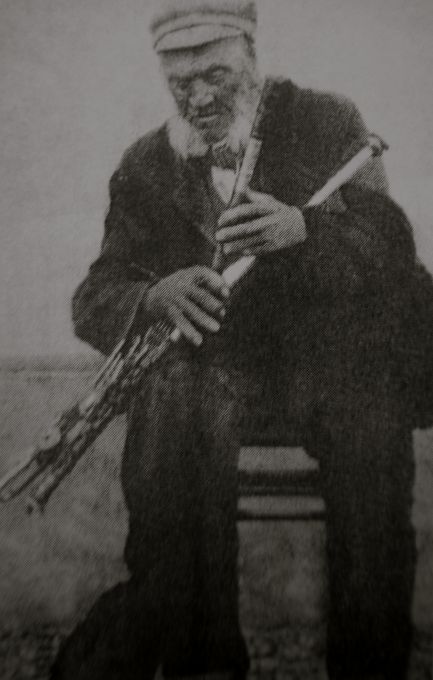