The Shipwreck on Beale Beach

One fateful night on Sunday the 30th of November 1834 as a stormy moon lit the Shannon estuary, a two-masted sailing ship called the Thetis made for shelter within the relative safety of the estuary bay. In charge of this vessel was Captain Younghusband. The Thetis had managed to cross the wild Atlantic from Quebec in Canada, and was laden with a cargo of pine timber. High seas and relentless storms battered the ship and crew during the crossing.

As the Thetis proceeded up the river against the silhouette of Bromore Cliffs, the thatched houses of Doon and Beale could be seen clearly in the moonlit night. Tragedy however, was soon to unfold for the ship and its crew. Just as the Thetis was within range of shelter, large waves battered the ship, driving it onto the shore of Beale Bar. The savage tide battered and broke her masts, and some of the crew were swept overboard, while others clung onto the ship for their lives.

The coastguards on look-out hill at Beale were on the scene quickly, as were local people who ran frantically to the Beale shoreline in the darkness to assist the stricken vessel and its crew. Some sailors managed to swim ashore, but nine souls perished that night. The locals brought the stricken survivors back to their homes to take care of them.

In the days and weeks to follow, the remains of the lost crew were washed ashore near Beale, and they were buried at Lissadooneen Fort. A marker points to where these unfortunate souls now lie. For weeks afterward the surviving crew and captain were hailed as heroes by all. But there;s a cruel twist to this story. When a salvage operation was carried out by the “Garryowen”, deep in one of Thetis' holds a stash of contraband tobacco was discovered. The crew were subsequently arrested for smuggling and marched back along the coastline to Tralee Court, passing the wreck of their beloved ship on the way.

Today, the wreck of the Thetis can be seen just off the car park in Beale, about 250 yards from Ceann Daoithe. All that remains is a few broken wooden ribs of this famous ship, as she lies buried in the sands of time. But in the minds of the locals, the Thetis still sails the Shannon on moonlit, wintry nights! 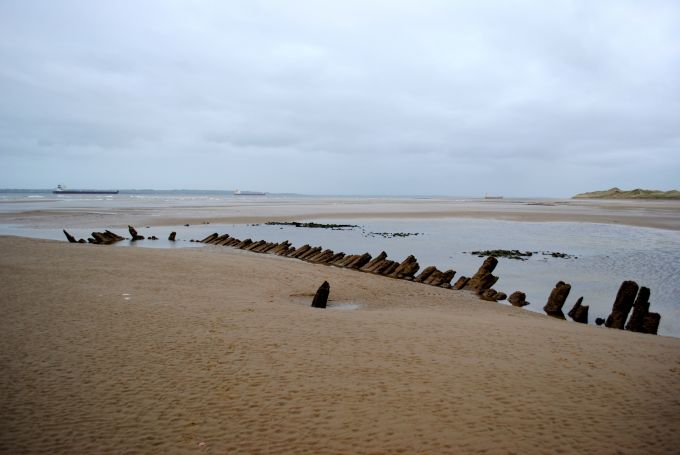