The Serpent and The Monk

The remains of Kilconly church nestle in a small field just off the scenic Wild Atlantic Way route (S) as you head towards Ballybunion. A walk around this church and small graveyard is a spiritual and uplifting experience. The church itself is very, very old; according to archaeologists, the building dates back to the 12th century. This would place Kilconly at the end of the Early Christian Period and the dawn of the Medieval Period.

The building measures almost 14 meters in length and is over 6 meters in width. The windows were located on the east and south sides, and were long and vertical, measuring 15 centimeters in width. The door on the southern side is unusual in that it was constructed with small, hammered flagstones.

Legend has it that one day, as the monk Chonnla was out collecting wild berries, a hungry serpent, who made its home in a nearby fort called Liss na Peasna, attacked and tried to eat the monk. But Chonnla was too quick for the serpent. He quickly drew a magical sword from under his habit and slew the beast on the hill next to the graveyard, thus lending his name to the church. The hill is still there, next to the graveyard, and a fort called Liss Na Peasna lies nearby; maybe there’s some truth in the legend after all. 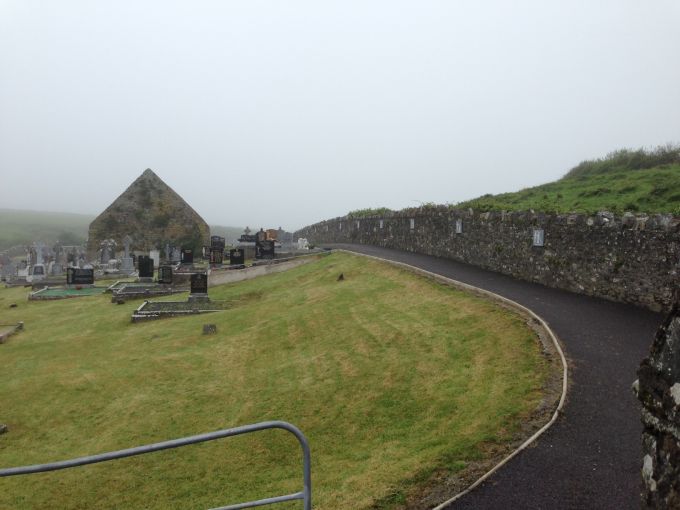 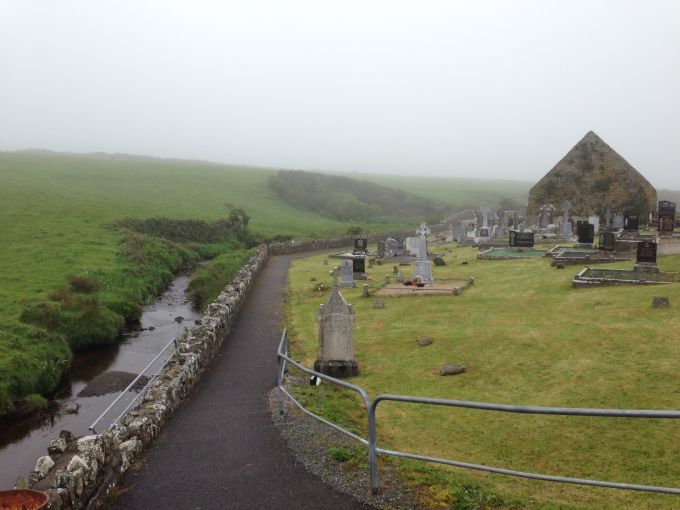