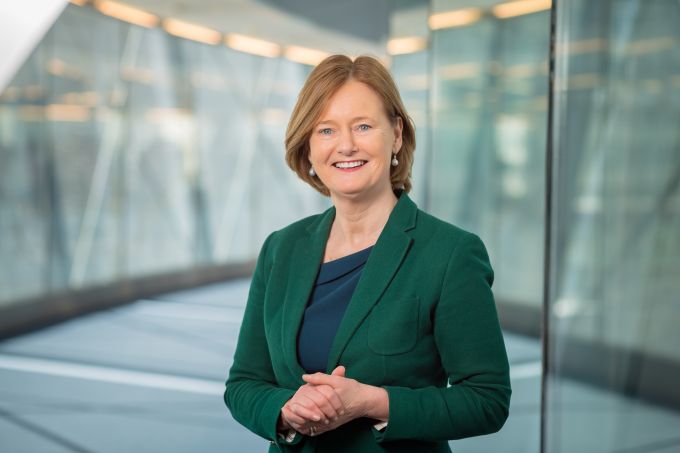 
Deirdre Clune is a Member of the European Parliament for the constituency of Ireland South, having been elected in 2014. She is a full member of the Parliament's Transport & Tourism committee, and a substitute on Employment & Social Affairs committee. Deirdre graduated from University College Cork in 1980, with a B.E. in Civil Engineering. She completed a diploma in Management Engineering with Trinity College Dublin in 1983. She returned to UCC in 1996 to complete her HDip in Environmental Engineering. Deirdre went on to work with some of the leading engineering firms both here at home and overseas, including Delap & Waller, Roughton & Partners and Arup. Deirdre is a former member of the Dail Eireann (1997-2002, 2007-2011) and Seanad Eireann (2011-2014). She was elected Lord Mayor of Cork City in 2005, in which time the City was designated as the European Capital of Culture. During her time in Leinster House, Deirdre was Deputy Spokesperson on Enterprise with the Special Responsibility for Innovation. She was also the Fine Gael spokesperson on Environmental Information and Protection, and Arts, Heritage, Gaeltacht and the Islands. Deirdre's father, Peter Barry, was a Dáil Deputy for Cork constituencies between 1969 and 1997 and served as Tánaiste in 1987, Deputy Leader of Fine Gael between 1979 and 1987 and from 1989 to 1993. He was also a Minister for Foreign Affairs, the Environment, Transport & Power and Education. Her Grandfather, Anthony Barry was a Dáil Deputy in the 1950's and early 1960s. Deirdre became the third generation of her family to hold the mayoralty in Cork, following in the footsteps of her father, Peter who was Lord Mayor of Cork in 1970/71 and her late grandfather, Anthony who was Lord Mayor in 1960/61.